I am officially back, and I missed you all so much!

I had a very busy summer and I’m so glad to be back in my real life, blogging and reading and more. I hope that you all had a great summer and that you are all excited for September, because I AM! This year I’ll be both a student and a teacher (a literature teacher) and it’s all so terrifying but also super exciting for me.

Without further ado, let’s jump right into my summer wrap-up!

❥ WHAT I READ

In July I had to face a pretty awful reading slump but still ended up reading seven books, mostly because I organized a 24h readathon during which I read 3 books. (I couldn’t accept the slump and decided to do something against it, oops.) Here is what I read:

August meant the NEWTs readathon 2019, and therefor I had a certain number of books to read. If you know me you probably know that I’m extremely competitive with myself and I can never enter a readathon and fail it – I’ll make myself sick sometimes, but I’ll do all I can to succeed in it (I know, it’s not my best personality trait). However this readathon helped me kill the slump and I read 12 books, alongside some comics. Here is what I read:

I’m really glad I ended up reading 19-20 books this summer, as I had a pretty bad reading year. I’m not that mad about it because I had the most hectic year ever and I still managed to read 75 books so far, but as someone who has been reading around 150 books per year for the last few years it was a tad hard to come to the fact that I would read less now, as I will not have a super calm life in the years to come. This summer helped me with my reading goal at least and reminded me how much I love literature and reading in general. I’ll always make some time for it, and that’s why I decided to read during my breakfast every morning instead of watching YouTube videos. Gotta make the most of my days, right?

❥ WHAT I LOVED 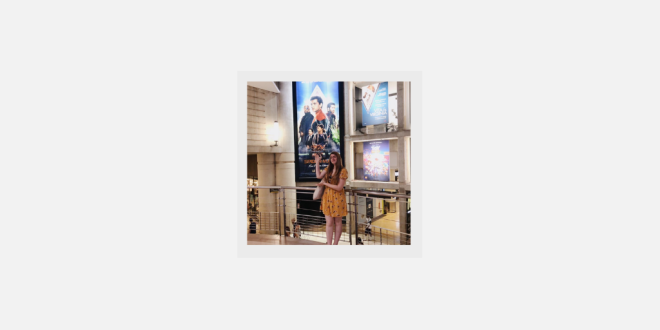 You may have heard about my undying love for Peter Parker, as well as for Tom Holland. Well, I have been waiting for the sequel of Spider-Man: Homecoming for years, and Spider-Man: Far From Home finally came out. I won’t lie to you, I was and still am a bit disappointed by it. I thought some parts were childish, that the whole plot was way too predictable (as a Spider-Man fan I knew who Mysterio was and therefor it almost ruined the whole storyline for me) etc. However I had a great time watching it, went to see it again and it still makes me happy. I still love it, though it’ll never top Spider-Man: Homecoming for me. 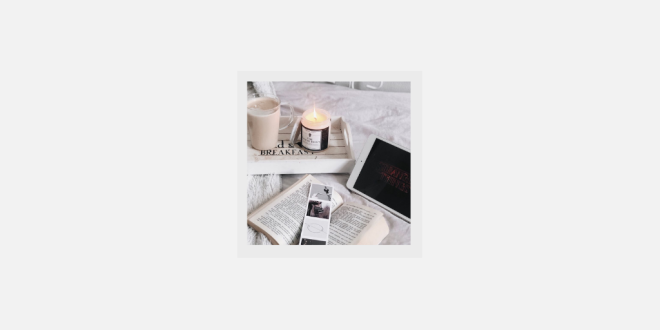 Stranger Things has been my favourite tv show ever since the first season aired. I watched it out of curiosity when it first came out and completely fell in love with it. I waited a long time for the second season to come out and even longer for this third one to do so. Well, it totally lived up the hype for me and I love the show even more. I don’t think there’s nothing much else to say except that I highly recommend it and that I can’t wait to find the time to rewatch the three seasons as soon as possible. 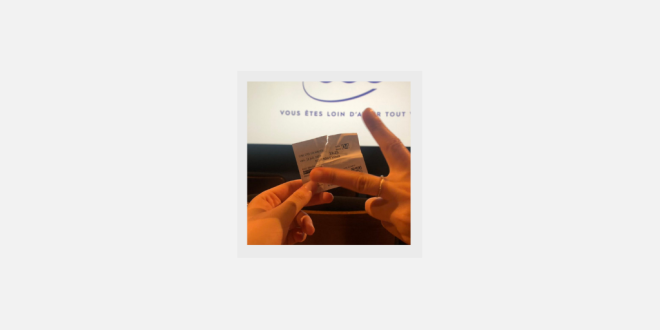 Before we both left for vacations my best friend and I spent an entire day together locked at the movies. We went to see three different films, waiting five minutes between each ones. We saw Yesterday (which I didn’t like), Tolkien (which I adored) and Rocketman (which I adored too). It was so great to share this with her as we always said we wanted to spend a day like this one forever and ever. We laughed a lot and it was amazing. (I love my best friend more than anything else in the world, just so you know.) 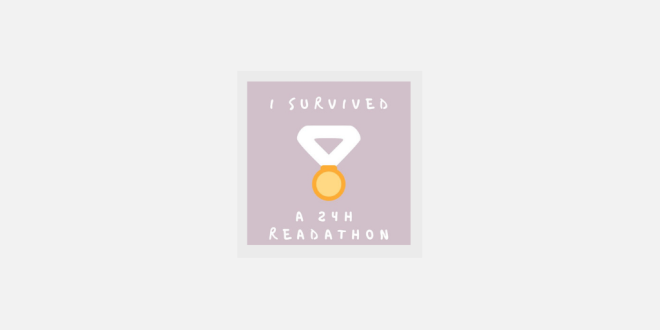 As I was in a reading slump in July I decided to fight against it and to organise my own 24 hours readathon, and it was simply amazing. I created templates for people to use during the day, filmed a reading vlog, went out with a friend and ended up reading three books. I had tons of fun, even more because so many people joined me. It was amazing to see what everyone was reading etc, and I can’t wait to organise another one (I’ll probably do so in December!). 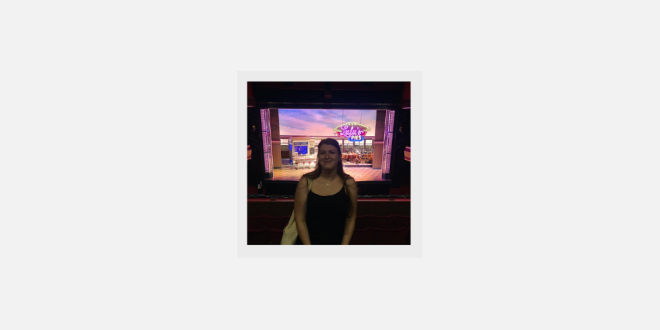 If you don’t know I’m a huge Broadway fan. Always had been, always will be. I think it all really started when I was 11 years old and joined the school’s choir, because before that I was mostly into French musicals. Anyway, one of my favourite musicals I discovered in the last few years was Waitress (I believe I discovered it around 2017, it was as the same time I started listening to Dear Evan Hansen) and I had tickets to see it in January 2019 in London (I waited a long time for it to come to West End). The thing is that I didn’t have enough money on the D-day to go there and I had to give up my tickets, which ended up with me crying for a few hours. But as I went to London for YALC 2019 my friend Roxanne and I went to buy any cheap musical tickets for the night (I wanted to see everything, so I was okay with everything) and we ended up with Waitress tickets. It was absolutely amazing, I sobbed a lot and I was super happy to share it with my friend. It definitely is one of my favourite memories of 2019. 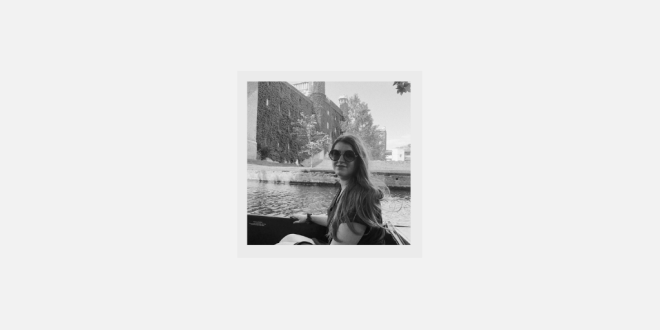 Again, you may not know it but my favourite youtuber is PaigeY, a Cambridge university student. I have been watching her videos ever since she started but rewatched all of her vids during my first exams last year. She then motivated me throughout the whole scholar year, and I like to believe that her channel is a bit responsible for my success. Going to Cambridge was then a very big deal for me, as it really followed me through the hardest year of my life. I went there a day before YALC with Roxanne and I fell in love. It was as if my soul was at home, not to be dramatic. I know now that I need to live there someday. I don’t know how nor why, but I will.

As I loved YALC way too much in 2018 I had to go back with my friend Roxanne this year again. Well, we had the time of our lives. I won’t do a wrap-up of it this year because I already filmed a video about it for YouTube, which will be live soon (meanwhile you can watch my vlog), but it was simply amazing. We also went to the YA Summer Party organized by Penguin Random House where we met many authors and where we had a fab time. I’m super nostalgic of my time at YALC and can’t wait to be back for YALC 2020! 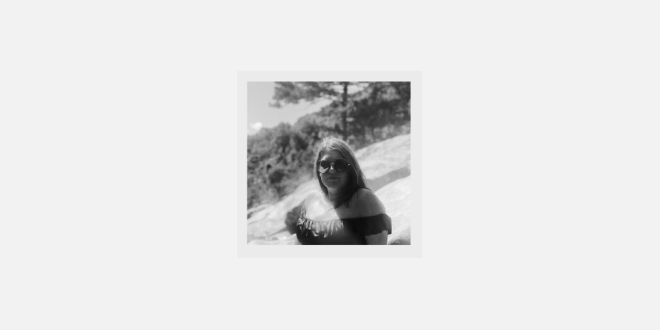 For the first time in years I went back to Corsica for a whole month instead of a week (a part of my family comes from there and I’ve been going for a month every summer ever since I was born), and it felt really good. I’m not the kind of girls who do well away from the city, who loves the countryside etc, but it felt great to go back where I come from, to see my family and disconnect from reality a bit. 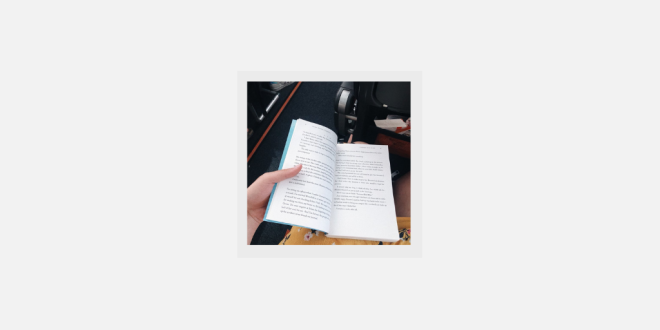 I talked about it a bit before, but this readathon really made me fell in love with reading again. I already had an amazing time during the OWLs one and this one was just as good. I already cannot wait for 2020 and another edition of it. I want to pass all the exams again, I’m ready! My blog post wrapping up the NEWTs will be coming soon, but you can check out my TBR! (Spoiler alert: I read them all!)

If you have been reading me for a while, then you now that after an awful year of stressful studying I finally became a literature teacher (I’m qualified to teach in high schools and in what we call collèges, which is where children between 11 and 14 years go to for four years before high school). I now have a proper job (I’m teaching two classes of 13 years old, which is called 4ème in France) and already started, as teachers start before students do. I’ll be meeting my students this Thursday, so pray for me! (But overall I am awfully happy and excited, though a tad stressed out.)

Finally, ever since I came back home from Corsica, I’ve been trying my best to live an healthier life style, and it started with building a new morning routine and a new night one as well. I hope I’ll be able to stick to both of them, I’ll maybe write something about it if you’re interested but for now it has only done me good.

❥ CHECKING ON MY JULY GOALS

At the end of June I made a list of things I wanted to do in July, like I do every month. I wanted to read at least ten books, which I didn’t do in July but in August, to blog a lot (which I did! and I’m so happy to be a part of this community!), to catch up on my tv shows (didn’t manage to really do this one) and to see my friends and family (which I did).

❥ WHAT I WANT TO DO IN SEPTEMBER

Now here are my goals for September, which are pretty ambitious but doable:

This was a pretty big wrap up to write because my summer has been filled with many adventures, but I’m so glad I finally took the time to sit down to write it all down.

How was your summer? What did you do? What was the best book you read?

14 thoughts on “My summer wrap-up, favourites and others (July and August) 🌻”